Not to be confused for Namco Limited or Namco Hometek.

Bandai Namco Entertainment, formerly known as Bandai Namco Games, is a Japanese developer and publisher of video games, and is based in Minato-ku, Tokyo, Japan. Founded in 2005 after the merge between Bandai and Namco, it is the video game division of Bandai Namco Holdings, and retains the majority of rights to Namco's video games (including Pac-Man) prior to the merger.

These games were developed by Bandai Namco, or a close subsidiary of them (such as Bandai Namco Studios).

The other major Pac-Man games, alongside ports of older titles, released from the company merge onwards (Ghostly Adventures, Pac-Man Party, etc.) were not developed by Bandai Namco, instead being outsourced to other video game companies (such as TOSE, Gotch Technology, or Mine Loader Software). 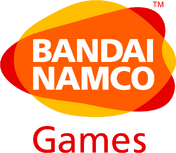