For more information on this character, see [[Mappy Wiki - Mappy]].

Mappy (マッピー Mappī) is the protagonist of the Mappy series. He has made numerous crossover appearances in the Pac-Man series.


Mappy is an unlockable character in the PSP version of Pac-Man World Rally. He is unlocked by beating all cups on Normal difficulty.


In Pac-Man E1 Grand Prix, Mappy will give Pac-Man a ticket if he is caught violating traffic laws.


Portraits of Mappy, Goro, and Meowky appear on the walls of some levels. Said levels are based on the red-roofed house from the original Mappy arcade game.


Much of Pac-Man's moveset is based on Mappy. His Up-Special lets him bounce on trampolines identically to how Mappy does, and one of his taunts summons an 8-bit Mappy sprite.


Blinky and Inky appear as bosses in this game. Pac-Man is also an unlockable character.


Mappy, Goro, and Meowky are unlockable characters. They appear alongside Pac-Man and the Ghost Gang. 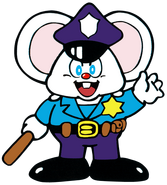 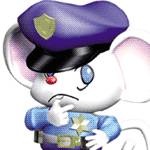 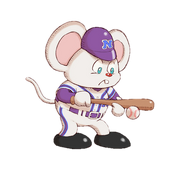 Super Smash Bros. for Nintendo 3DS / Wii U
Add a photo to this gallery