Not to be confused with Pac-Man and the Ghostly Adventures.

Pac-Man, also known as Pac-Man: The Animated Series, is an animated television series produced by Hanna-Barbera. It premiered on ABC and ran from 1982 to 1984.

The animated series follows the adventures of Pac-Man, Ms. Pac-Man (under the identity "Pepper", as saying "Ms. Pac-Man" was probably too long and difficult) and Pac-Baby in the Pac-Village of Pac-Land. Everything in Pac-Land seems to be spherical or round, and its inhabitants live off of Power Pellets. Pac-Man is the guardian of the village; he protects them from the Ghost Monsters (see Ghosts) who are led by the evil Mezmeron. When the Ghost Monsters invade Pac-Land, it is usual for them to chase Pac-Man into a corner. Pac-Man will then pull out a power pellet and swallow it, turning the ghost monsters purplish-blue and allowing him to eat them. Once they are eaten, their empty bodies return to Mezmeron's lair where they open a closet that keeps spare colored ghost bodies.

Later additions to the cast included Super-Pac, a mildly inept superhero and P.J., Pac-Man's super-cool nephew (or so P.J. likes to believe).

Pac-Man aired on ABC Saturday Morning in the following formats:

After the series' original-run, the show aired on USA Cartoon Express a few years later, the show then reran on Cartoon Network from 1993 to 2000 and Boomerang in 2005. The Christmas special continues to air every year on Boomerang as part of the Boomerang Christmas Party block.

Christmas Comes to Pac-Land received a VHS release in North America shortly after its original airing. The rest of the series was never released on video in the region.

The Australian company Rainbow Products Ltd. released the rare video tape Pac-Man and family in 1982, which contained 6 episodes of the show. It is presumed that it is the 2nd tape in the series, since the back of the case states that the video has "six more fun-filled adventures".

Warner Bros. Home Entertainment released the complete first season of the series on DVD on January 31, 2012; they then released the complete second season on September 11, 2012. The second DVD also includes Christmas Comes to Pac-Land. Both items are sold at WBShop.com and are not available in most retail stores. 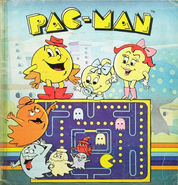 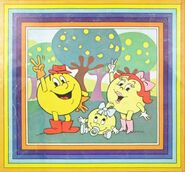 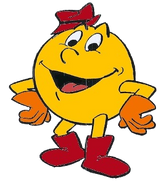 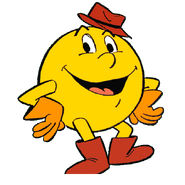 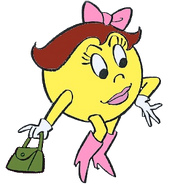 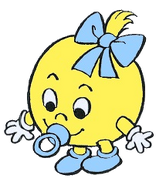 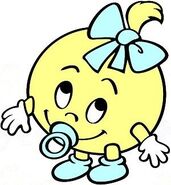 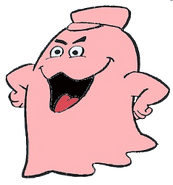 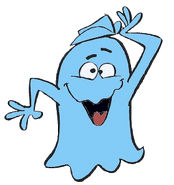 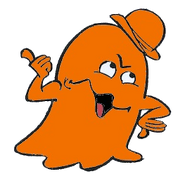 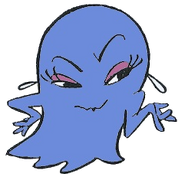 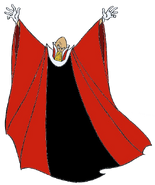 Pac-Man as a werewolf