1 player (2 players in some bonus modes)
Pac-Man World (パックマンワールド Pakkuman Wārudo) is a PlayStation game released in 1999 by Namco Hometek to celebrate Pac-Man's 20th anniversary. It is the first game in the Pac-Man World series (and the first commercially-released Pac-Man 3D platformer), and can be considered the companion game to Ms. Pac-Man Maze Madness. It was followed by two sequels, simply titled Pac-Man World 2 and Pac-Man World 3.

Pac-Man arrives home on the day of his 20th birthday. He opens the door to his house only to find it is deserted and in ruins. Toc-Man's henchmen, the Ghosts, have kidnapped Pac-Man's family & friends, Ms. Pac-Man, Jr. Pac, Baby Pac, Professor Pac, Pooka, and Chomp-Chomp. Pac-Man must venture to Toc-Man's lair on Ghost Island to rescue his friends.

"Over the years, Pac-Man's starring role in one of the greatest games ever has made him Pac-Land's most popular celebrity. Twenty years later, Pac-Man is on a new Quest to defeat Toc-Man and save his friends from the perils of Ghost Island.

Pac-Man arrives to to celebrate his 20th anniversary and finds his house deserted! Toc-Man had his ghostly minions kidnap Pac-Man's friends. One by one, they vanished - Ms. Pac-Man, Pac Jr., Baby Pac-Man, Professor Pac-Man, Pooka and Even Chomp-Chomp the dog were nowhere to be found...

Now Toc-Man has the hostages hidden away throughout Ghost Island and his henchmen have orders to get rid of Pac-Man. Pac-Man's Quest will take him from mine shafts to factories to deep space outpost. Pac-Man will pull out every maze-busting trick and quick-witted escape he has learned throughout his career - plus a whole bunch of slick new moves nobody's ever seen!

Hidden throughout the Quest, Pac-Man will face Challenging puzzles and games made famous by Pac-Man's previous adventures. Even the Ghosts - Inky, Blinky, Pinky and Clyde - are back for a new chance to gobble Pac-Man. So get ready to chomp into action as the legendary Pac-Man battles to save his friends in the Quest of a lifetime!"[2]

The player controls Pac-Man within a three-dimensional space while defeating enemies, solving puzzles, and collecting items. The main goal is to get to the Token at the end of each stage, which will complete the level.

Throughout each level, Pac-Man will run into various objects such as switches, doors and treasure chests. Some of these can only be accessed in a specific way (such as using a certain kind of Fruit to open a Fruit Door). Pac-Man also has a Health meter, which has four hit points - luckily, extra health is scattered across stages.

There are also underwater segments where Pac-Man has to swim, and is unable to walk on the surface; the Steel Ball power-up allows him to walk underwater, but only lasts a short time.

Letters spelling "P-A-C-M-A-N" also appear in each level. By collecting every letter in a stage, the player will be transported into a bonus level, where the player must eat as much fruit as possible before the timer runs out. In the PlayStation version, obtaining "P-A-C-M-A-N" in every level will unlock a series of outtakes from the game's cutscenes.

Many stages feature a Galaxian Flagship in them. These unlock Mazes, which play similarly to the original Pac-Man. They can later be accessed again in the Mazes mode (see below).

Besides running, jumping and eating, Pac-Man can use a multitude of moves, including:

One Key and one caged friend are found in each world of the game, often on different levels than each other. The key must be used to rescue the imprisoned family member. All five friends are required to be rescued in order to reach the final world of the game.

There are 23 levels in Quest Mode (12 in the GBA version), which are divided into sets of themed worlds. The last level in each world features a boss battle. Below are the levels listed:

Additionally, in the PlayStation version, there is an unused Ruins level called Kooky Crypt.

Mazes Mode is a collection of mazes, resembling that of the original Pac-Man game; the player runs around collecting Pac-Dots while avoiding the ghosts, and must collect every dot to finish the level. They contain several obstacles and twists not found in previous Pac-Man games. This mode begins with three already provided mazes for each stage; to unlock the other 18 mazes, the player must collect every Galaxian in Quest Mode.

Once every maze is unlocked, the player can play Marathon, which consists of all 36 mazes back-to-back. If completed, the hidden art gallery is unlocked, which contains concept art from the game.

The Classic mode is nothing more than a faithful port of the original Pac-Man (seemingly the same version found in Namco Museum Vol. 1).

The PlayStation version was the first to be released.

The Game Boy Advance version, ported by Full Fat and released in 2004, features severe downgrades from the original version due to it running on inferior hardware. Many of the features (Mazes Mode, Classic Mode, etc.) were all removed, and the cutscenes were replaced with slideshows. The music was also compressed, shortened and downgraded to only a few tracks. For example, the Buccaneer Beach theme plays on all the pirate levels. The Game Boy Advance version was also bundled in a 2-in-1 cartridge with Ms. Pac-Man Maze Madness, simply titled Ms. Pac-Man Maze Madness & Pac-Man World. For unknown reasons, both games suffer from glitches not found in the single-cartridge releases.

The Windows PC port was released exclusively in South Korea in May 2001, alternatively named PAKMAN WORLD[3]; very little information is known about it. 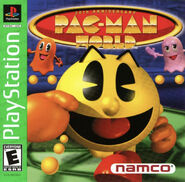 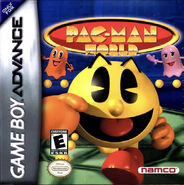 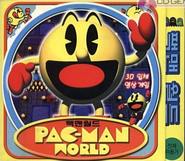 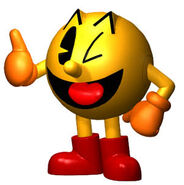 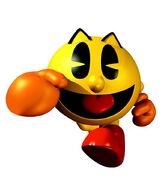 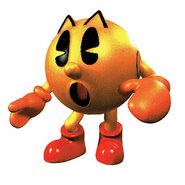 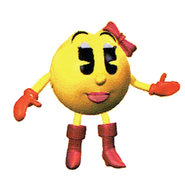 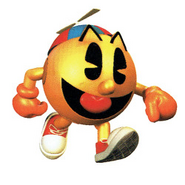 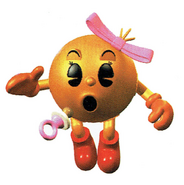 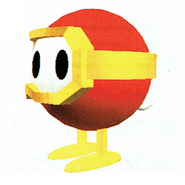 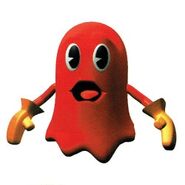 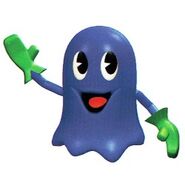 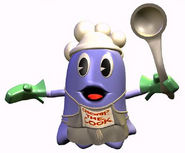 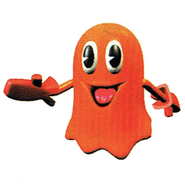 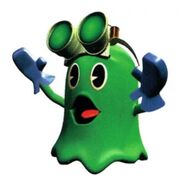