Plug & Plays are video game controllers that plug directly into a TV, with several (often retro) video games built in. Since their origin in the early 2000s, many Pac-Man or Namco-themed plug 'n plays have been released.

All Jakks Pacific systems feature custom ports of the games running on either Sunplus or Winbond hardware (depending on the unit). They are very close clones of the arcade originals, but feature some minor inaccuracies and are not based on pure emulation.

Bandai consoles feature the entire Jakks library (minus Ms. Pac-Man and Pole Position), in addition to:

Consoles from other manufacturers sometimes feature the NES/Famicom versions of games instead of the arcade originals. List excludes titles also available on Jakks and Bandai systems. 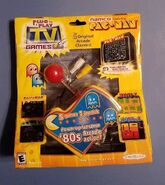 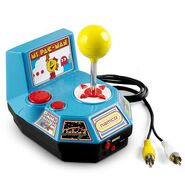 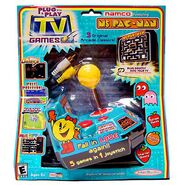 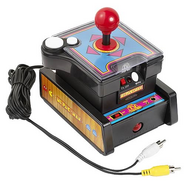 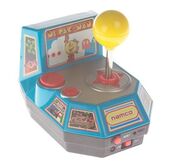 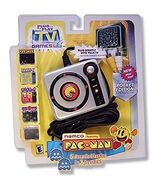 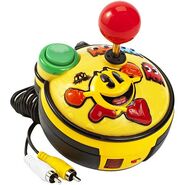 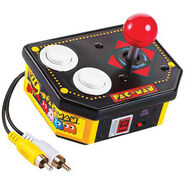 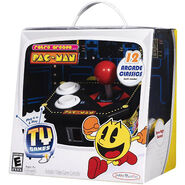 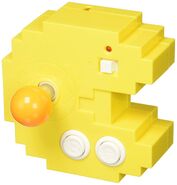 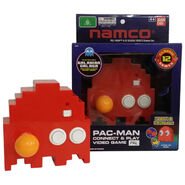 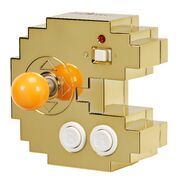 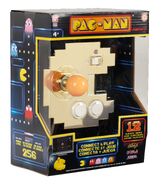 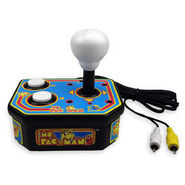 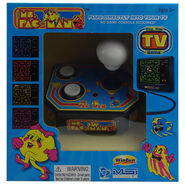 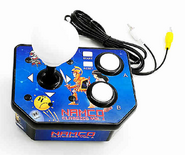 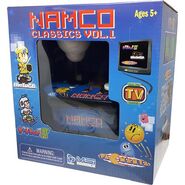 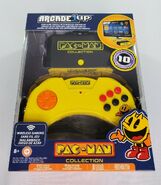 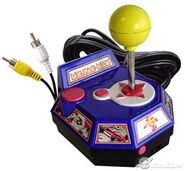 Early picture of Ms. Pac-Man Collection with a different design. 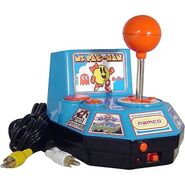 Early picture of Ms. Pac-Man Collection with a different design.

The unreleased port of Jr. Pac-Man, seen on Super Pac-Man Collection during its demonstration at Toy Fair 2006. 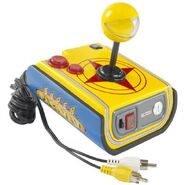 Unreleased Gamekey version of Super Pac-Man Collection, with a Gamekey logo in the upper-right corner and an extra button.. 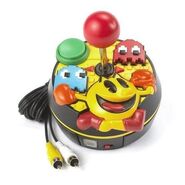 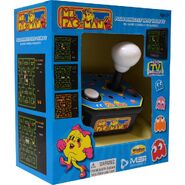 Early picture of Namco Classics Vol. 1 with a different design.
Community content is available under CC-BY-SA unless otherwise noted.
Advertisement